Citing safety concerns and potential disruption to services at their Park, the Stone Mountain Memorial Association has denied a permit to the “Rock Stone Mountain II” white power rally advertised for February 2, 2019. However, at the time of writing Rock Stone Mountain organizers have not publicly canceled their event. Since it is possible that the event’s Klan and white supremacist organizers may try to proceed without a permit or make other plans for the day, we are still asking all anti-racists and community allies to be ready to respond on February 2.

In denying the permit for February 2, 2019, the Memorial Association cited anti-racist protest at the park during the initial “Rock Stone Mountain” of April 2016.

Continue to watch this space for details on February 2nd. In the meantime, please get in contact if you have further information on Rock Stone Mountain II organizers or attendees, as well as other white supremacists in our area. 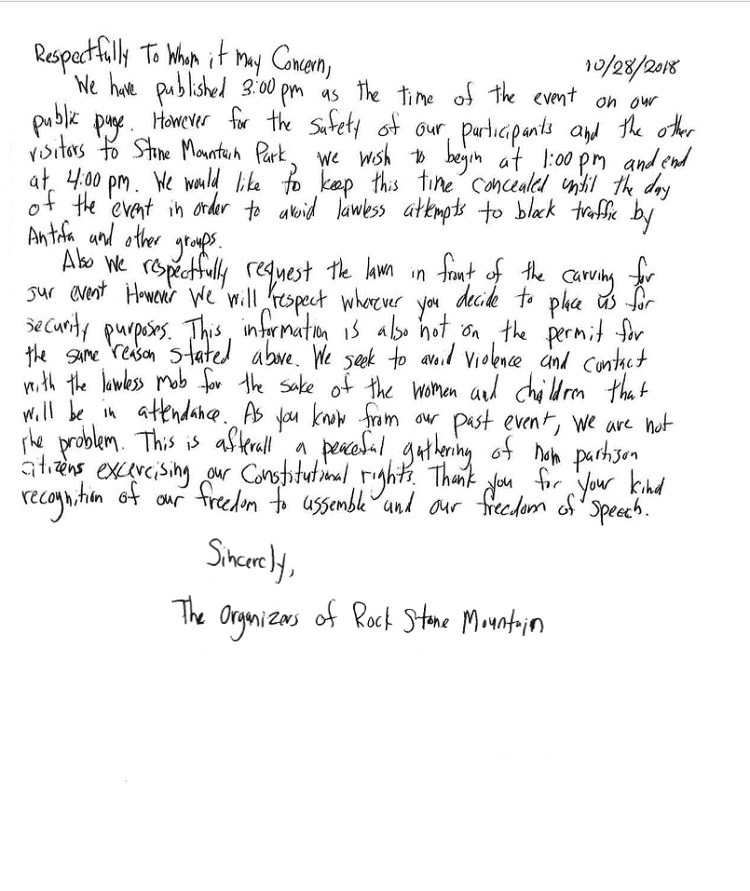